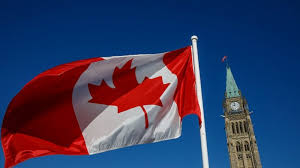 The Canadian political system as it is known today was first devised by the “Fathers of the Confederacy” at the Quebec Conference in 1864. This later became law when the Constitution Act 1867 was passed. This act gave formal executive powers to Queen Victoria (Queen of Great Britain), which made Canada a sovereign democracy. Therefore, the Canadian political system is loosely based on the British system.

Today Canada is an independent federal nation with the Queen as head of state. However, his powers were severely limited as Parliament passed an act which the Queen granted as “royal approval” as a last resort. The Governor-General of Canada is the Queen’s representative in Canada and performs all royal duties when the Queen is not in Canada. The governor is always a Canadian appointed by the Queen on the advice of the Prime Minister. The term of office of the governor-general is usually five years.

The Parliament Buildings (which house the federal government) are located in the Canadian capital, Ottawa. The Canadian Parliament consists of 3 main sections. queen as head of state; The Senate (appointed on the recommendation of the Prime Minister) and the House of Commons are elected.

The Senate consists of 105 senators appointed by the governor-general on the recommendation of the prime minister. These senators are men and women from all provinces and backgrounds. They can serve in the Senate until the age of 75 and must be Canadian citizens, be over the age of 30, have $4,000 in real estate in their home province, have more than $4,000 in personal wealth, and reside in the province in which they serve represent. Each province or territory has a limited number of senators – 24 each from the Maritimes, Quebec and Ontario, 6 each from Alberta, BC, Manitoba and Saskatchewan, 6 from Newfoundland and Labrador and 1 each from the three territories.

The Senate’s main job is to read and scrutinize “bills” broadcast by the House of Commons, although it can also initiate bills. This process ensures that no dubious bill becomes law, although the Senate rarely rejects a bill and sends it back to the House of Representatives for amendment. The bill is subject to the full legislative process of the Senate and, if passed, will be submitted to the Governor-General for royal approval, thereby becoming law.

The real power rests with the House of Commons. Here the MPs are elected by the population in the context of the Bundestag elections – usually every 5 years. The country is divided into constituencies (308 in total, based on population) and the candidate with the most votes wins the right to represent those constituencies and take their “seat” in Parliament.

Each candidate with the most votes represents a specific political party, and the party with the most “seats” takes over the government. The major parties in Canada are Paul Martin’s Liberals (ruling), Stephen Harper’s Conservatives, Jack Layton’s New Democrats, The Bloc Quebecois and The Green Party, to name just the largest.

The leader of the political party that wins the election becomes Prime Minister of Canada (currently Paul Martin of the Liberals). The Prime Minister effectively runs the country with the support and advice of his Cabinet. The Cabinet is made up of “ministers” who are appointed by the Prime Minister to be responsible for specific areas of government. There are several Ministers for Health, Finance, Defense and Immigration. This area of responsibility is known as a “portfolio” and each minister has a large team of officials (usually experts in the field) working for him or her. Only ministers change in elections, not civil servants.

Although MPs represent their local constituency, their main role is to debate the laws to be enacted and, depending on the party, to support or oppose the government. The opposition is the political party with the second most seats in the DPR and its main task is to hold the government accountable for its decisions.

A government with multiple seats in the House of Representatives will be strong and able to get most desired legislation through Parliament. In contrast, a weak government (as it is now) does not have a majority of seats and must.

First, members of the House of Commons introduce a bill. Details of the draft law are read out without discussion in the DPR and then the draft law is printed (first reading).

At the second reading, the principles of the bill are debated, followed by a vote. If successful, the bill then moves on to the committee stage.

A committee will hear testimony, consider the bill, and then submit a report to the House of Representatives recommending it as is, with amendments, or abolished. From here you enter the reporting phase.

In the reporting phase, each amendment is debated and voted on. Then it is forwarded to the third reading. This is where the House of Representatives debates and finally votes on the final bill – if the vote is positive, the bill goes to the Senate.

The Senate puts the bill through the same process as the House of Representatives – if it goes through either (usually!), it gets royal assent and becomes Canadian law!