Since the 2020 election the American public learned that voting machines and the systems surrounding the machines have the ability to send ballots to adjudication.

So what is ballot adjudication?

According to Pursue Democracy.

So when an excess number of ballots are sent to adjudication, ballots can then be altered.

It is clear that controls need to be implemented to prevent fraud from occurring in these processes. This is the symbol of modern-day Americans against tyranny.  America is standing up against this communist onslaught.

One American is standing up against tyranny.  He’s becoming the symbol of America.

The Conservative Treehouse brought this to our attention.  Here is what they shared:

Tinhorn Flats is the oldest bar in Burbank.  In March of 2020 they shut down in compliance with state guidelines.   They reopened in November 2020, and when the second lockdown was announced their defiance began. The La Soufrière volcano erupted Friday morning on the island of St. Vincent in the eastern Caribbean, prompting evacuations–but only for those who can prove they have been vaccinated against the COVID-19 China virus, CBS News and other outlets reported.

“Nearly 20,000 people have been forced out of their homes on the Caribbean island of St. Vincent after a volcano erupted there for the first time in more than 40 years. Cruise ships are now evacuating people from the island — but only those vaccinated against COVID-19.”

Nearly 20,000 people have been forced out of their homes on the Caribbean island of St. Vincent after a volcano erupted there for the first time in more than 40 years.

Cruise ships are now evacuating people from the island — but only those vaccinated against COVID-19.

Two plainclothes California police officers showed up to the home of an anti-war activist over a harmless tweet criticizing Democrat Rep. Alexandria Ocasio-Cortez.

The police officers were sent to the Los Angeles home of Ryan Wentz, an anti-war activist on April 8 on behalf of the Capitol Police.

AOC denies any involvement, however many are asking who initiated the phone call to the Capitol Police.

As he waited for a food delivery at his home in Los Angeles on April 8, Ryan Wentz, an anti-war activist and producer for the online viral program, Soapbox, heard two men calling his name from over his front gate. When he approached, he realized they were not delivery drivers, but police officers flashing badges of the California Highway Patrol.

The cops informed Wentz that they had received a call from the Capitol Police, the federal law enforcement agency tasked with protecting Joe Biden on Thursday delivered remarks on ‘gun violence’ in America and announced his ‘initial’ executive actions on gun control.

Biden used this as an opportunity to trash America and attack the Second Amendment.

“Nothing I’m about to recommend in any way impinges on the Second Amendment… No amendment to the Constitution is absolute. You can’t yell ‘fire in a crowded movie theater and call it freedom of speech. From the beginning, you couldn’t own any weapon you wanted to own,” he said.

“Gun violence in this country is an epidemic and it’s an international embarrassment, “said Biden.

No, Joe, you’re the international embarrassment.

President Biden: “Gun violence in this country is an epidemic and it’s an international embarrassment.”

China has once again beat the US into submission.

The State Department backed off of talks of the US boycotting the Beijing Winter Olympics as China threatened a “robust” response.

State Department spokesman Ned Price on Tuesday said a boycott is something that the US wishes to discuss with our allies.

“It is something that we certainly wish to discuss,” Price said, “A coordinated approach will not only be in our interest but also in the interest of our allies and partners.”

On Wednesday, China threatened the US and condemned talks of a potential boycott.

“The politicization of sports will damage the spirit of the Olympic Charter and the interests of athletes from all countries,” China’s Foreign Ministry spokesman Zhao Lijian said, according to the Associated Press. “The international community including the U.S. Olympic Committee will not accept it.” The Oregon Department of Education is promoting an online course that claims math is racist because it requires a correct answer.

The class, called “A Pathway to Equitable Math Instruction,” describes itself as “an integrated approach to mathematics that centers Black, Latinx, and Multilingual students” that provides “opportunities for ongoing self-reflection as they seek to develop an anti-racist math practice.”

“White supremacy culture infiltrates math classrooms in everyday teacher actions,” the guide states. “Coupled with the beliefs that underlie these actions, they perpetuate educational harm on Black, Latinx, and multilingual students, denying them full access to the world of mathematics.”

First reported by Campus Reform,  the“white supremacy culture” cited by the document include a focus on “getting the ‘right’ answer” and requiring students to show their work.

Campus Reform notes that the authors of the program state that “The concept of mathematics being purely objective is unequivocally false, and teaching … Read the rest The situation for police officers in Portland is so bad that nearby Spokane, Washington is advertising for cops in Portland in a very public billboard campaign. And police officers are roasting city officials in their exit interviews.

One officer left this for city officials to stew over as he walked out the door, “The community shows zero support. The city council are raging idiots, in addition to being stupid. Additionally, the mayor and council ignore actual facts on crime and policing in favor of radical leftist and anarchists fantasy.”

They bemoaned the lack of true community-based policing.

And they were all Portland officers and supervisors who chose to leave the state’s largest police force in the last year.

In 31 exit interview statements, the employees 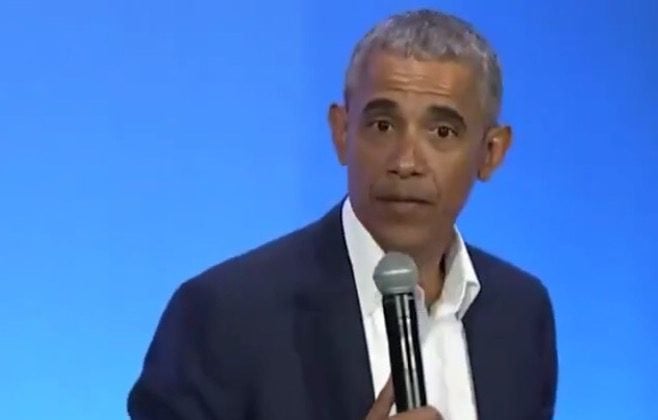 Barack Obama cheered the MLB’s decision to move its All-Star game out of Georgia based on lies about the state’s new voter integrity laws.

The woke mob won based on lies about Georgia’s voting integrity law.

Major League Baseball Commissioner Robert D. Manfred, Jr. announced Friday the MLB is moving the 2021 All Star Game and Draft from Atlanta in response to the new voting integrity law passed in Georgia last month. The All Star Game was set to be hosted by the Atlanta Braves at Truist Park stadium on July 13. The draft was to be held in Atlanta July 11-13.

The decision to move the All-Star game out of Georgia will cost Atlanta as much as $190 million in revenue, according to estimates.… Read the rest

Through out the course of your legal problems

You will have to make some tough decisions If you were involved in an accident then you have to choose between bringing criminal damages or press with a plaintiff case, if you have a small business and you were involved in a deal, then you have to decide whether to sign it or let it pass. There is no clear-cut answer in many of these dilemmas, and getting the right lawyer is crucial to you. We examine the perks of choosing a lawyer in a pre-paid legal plan as opposed to hiring your own lawyer, and some simple steps you can take to choose a good attorney trust lawyers Tulsa.

Someone who lays the law down for you, present you with options, explain the ramifications of each decision you … Read the rest