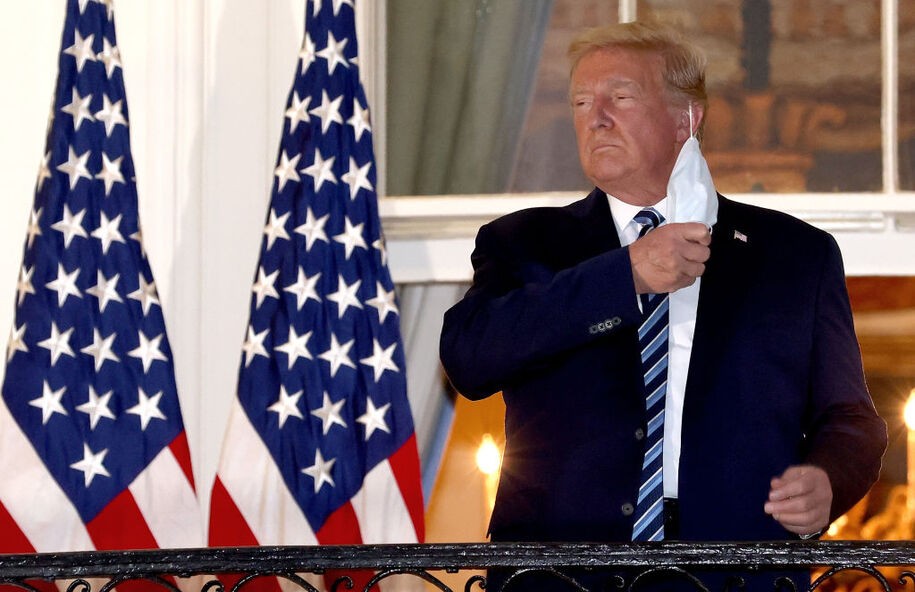 On February 26, 2020, Donald Trump uttered a phrase that, even in that moment, was both twisted and ridiculous. Speaking of the number of Americans who had tested positive for COVID-19, he said , “You have 15 people, and the 15 within a couple of days is going to be down to close to zero.” When Trump said this, it was clear that the disease was already circulating within the population, that the number infected was far above 15, and that the only direction things were moving was toward disaster.

A portion of that statement forms the title of author Jonathan Vankin’s new book Close to Zero. Books about Trump’s time in the White House have become common enough that it seems impossible to pass through a bookstore without coming across a stack offering to detail the chaos of dealing with Mr. Coke button on the Resolute Desk. If you … Read the rest

A wave of dangerous heat has settled in across much of the western United States. In addition to straining electrical grids—even in states that didn’t deliberately isolate themselves from their neighbors—as huge areas grapple with triple-digit temperatures, the hot, dry, windy conditions represents an increased fire risk. The prolonged heat, high evaporation, and low rainfall are also exacerbating a severe and ongoing drought that is gripping many regions in the West.

As horrible as the last few fire seasons have been in California, conditions are in place to make 2021 worse than anything that has come before. Those conditions extend well beyond the borders of the Golden State, and this is a phenomenon that extends well beyond a bad week or even a bad year. Across the West, the flow of water in streams and rivers is at record lows. So is the level of water stored in lakes and … Read the rest

President Joe Biden met as scheduled today with Russian President Vladimir Putin, and there wasn’t much in the way of fireworks. Putin’s tone in his post-meeting press conference had considerably less “smug asshole having a good time” on his face than in his last meetings with an American president, go figure, but the general tone was of cautious optimism.

For Putin’s part, he called the meeting “very constructive” and announced that the two nations had agreed to return ambassadors to posts currently vacant. What he wasn’t willing to entertain, however, was any notion that his quasi-dictatorship needed to improve human rights in his country, stop the crackdown on opposition politicians and activists, or stop murdering enemies of the state outright.

Putin’s line on Navalny is basically that he deserves what he gets pic.twitter.com/Ilb2jDNc9t

It’s been more than two weeks since Sen. Mitch McConnell and Senate Republicans killed the bipartisan Jan. 6 commission with a filibuster. Without the filibuster it would have passed, easily. McConnell, however, counted on enough Republicans doing him the “personal favor” of killing the bill, and that’s what they did.

Immediately following that vote, House Speaker Nancy Pelosi sounded like she was ready to do … something. She blasted Republicans, anyway. “Leader McConnell and Senate Republicans’ denial of the truth of the January 6th insurrection brings shame to the Senate. Republicans’ cowardice in rejecting the truth of that dark day makes our Capitol and our country less safe,” Pelosi said. “In not taking yes for an answer, Republicans clearly put their election concerns above the security of the Congress and country.”

But since then, she’s done little. She’s not even decided how to proceed with a larger inquiry. They’ll talk about … Read the rest

Mitch McConnell has once again told the world precisely who he is. Remember, this is the guy who happily embraces his nicknames: the Grim Reaper and Cocaine Mitch. He brags that he called himself “Darth Vader” during his efforts to kill campaign finance reform at the behest of huge corporate interests. Monday morning he went on the Hugh Hewitt radio show, one of his favorite confessionals, and reiterated for everyone to hear that he is evil. Whether Joe Manchin and Kyrsten Sinema—or any Democrat who is opposed to expanding the court—will hear that and whether will sink into their thick skulls is the real question.

Making sure that President Barack Obama did not get Merrick Garland on the Supreme Court was “the single most consequential thing I’ve done in my time as majority leader of the Senate,” he said. “I preserved the Scalia vacancy for the Gorsuch appointment.” He’s rewriting his constitutional … Read the rest

When Sen. Joe Manchin of West Virginia shot down Democrats’ signature voting rights legislation in an op-ed last week, he said that protecting voting rights “should never be done in a partisan manner.”

But a new Brennan Center analysis of the voter suppression laws sweeping the nation shows what a preposterous and indeed hypocritical position that is. The center’s examination of the 24 state-level voting restriction laws enacted as of early June proves the suppression efforts have been an almost exclusively Republican enterprise.

“Overall, we find that these new laws were enacted as part of an overwhelmingly partisan Republican push,” reads the report. “Republicans introduced and drove virtually all of the bills that impose new voting restrictions, and the harshest new laws were passed with almost exclusively Republican votes and signed into law by Republican governors.”

When Donald Trump reentered the public spotlight last weekend at the North Carolina Republican Party Convention, the first thing he did was upend the GOP primary for the state’s open Senate seat. Trump welcomed far-right Rep. Ted Budd to the stage and promptly gave him a surprise endorsement, leaving two other top Republican contenders to pick up the pieces.

One of them, former Gov. Pat McCrory, held an impromptu news conference in which he tried to convince reporters that Trump’s endorsement fell “flat” with the room of attendees, according to The Washington Post.

Trump ally and former Rep. Mark Walker was also likely caught off guard by his change of fortunes, since he had just won the straw poll—an informal gauge of who attendees hope will prevail in the GOP primary.

For weeks, right-wing media—and all too often the media in general—has been reporting “mounting evidence” in favor of the idea that the virus behind COVID-19 escaped from a lab in Wuhan, China. Republicans have been seizing on this supposed evidence not just as a means of inexplicably “redeeming” Donald Trump (because somehow saying “China virus” enough times means that Trump’s actions didn’t kill 900,000 Americans), but also for the purposes of waging an all-out slander war on Dr. Anthony Fauci.

From the beginning of the pandemic, Fauci’s attempts to provide reasonable and straightforward advice on how to handle the pandemic clashed with Trump’s efforts to downplay the threat, praise an ineffective drug as a “miracle cure,” and inject Americans with bleach and sunshine. Fauci’s blunt insistence on continuing to relay facts rather than toe the line of whatever Trump was selling that week generated “fire Fauci” signs at some of the earliest … Read the rest

The Biden administration is rolling back another Republican gift to polluters with an Environmental Protection Agency announcement that the Trump administration’s repeal of the Waters of the United States rule, crafted during the Obama administration, will itself be undone so that a new version of the rule can be crafted. This was expected; actually crafting a new version, though, will be the hard part.

In a New York Times report, however, EPA administrator Michael Regan suggests that a return to the exact Obama-era rule is unlikely. Instead, newly developed rules will take from “the lessons learned” by both the Obama and Trump versions.

The heart of the issue is a long-running battle over just what ought to count as the “waters” of the United States, when it comes to providing the anti-pollution protections of the Clean Water Act. The Obama administration’s rule greatly broadened the scope of the act by including … Read the rest