Judge Timothy C. Batten, Sr. issued an order on Sunday morning to freeze ALL Dominion voting machines in the state of Georgia.

Via Attorney Linn Wood: “Defendants are ordered to maintain the statue quo & are temporarily enjoined from wiping or resetting any voting machines in the State of Georgia until further order of the Court.”

“Defendants are ordered to maintain the statue quo & are temporarily enjoined from wiping or resetting any voting machines in the State of Georgia until further order of the Court.” 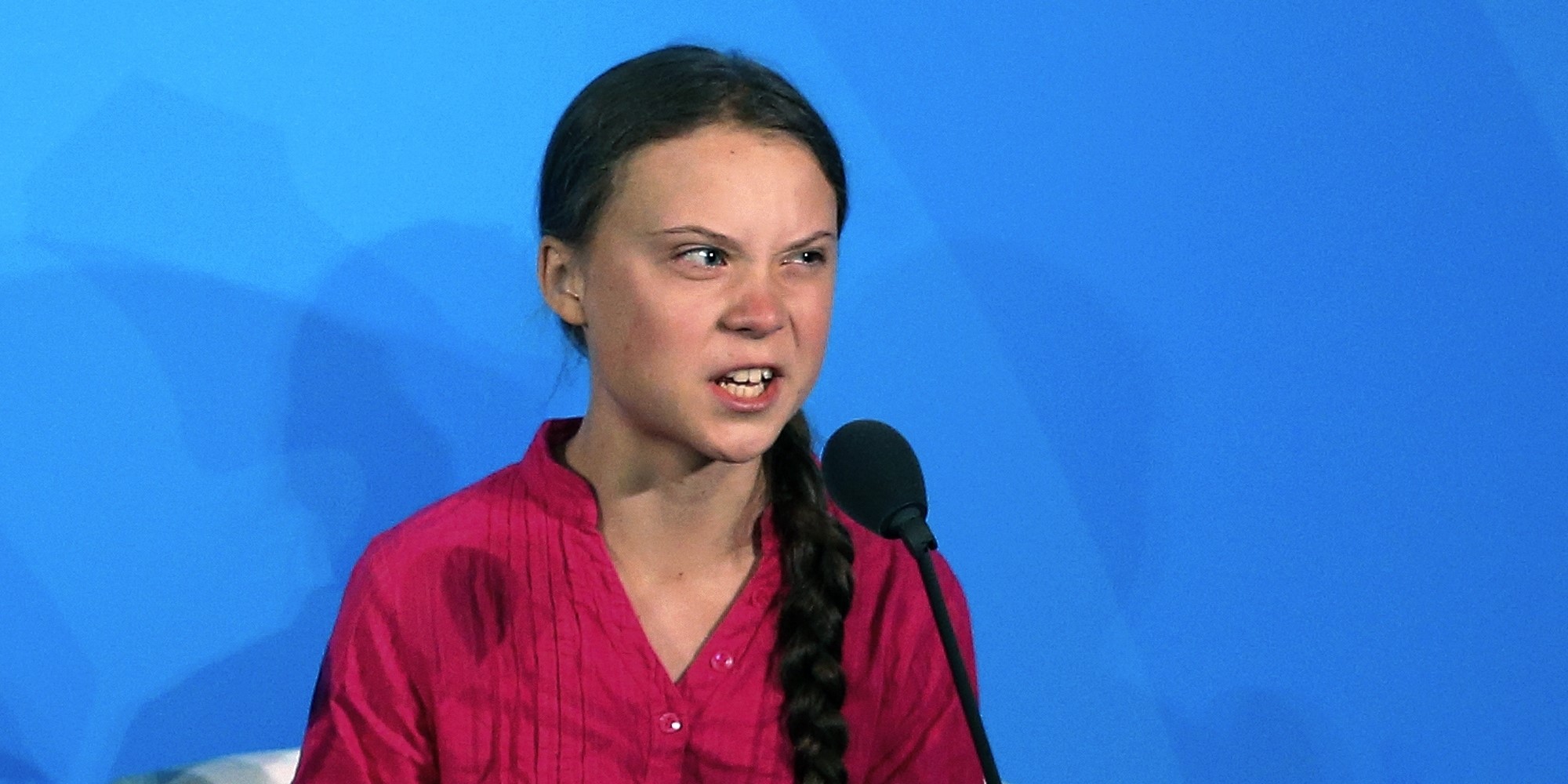 George Orwell pointed out that one of the first casualties of socialism is language. The damage is not collateral, it is deliberate—designed to numb minds and render critical thought difficult or impossible. The instrument of this dumbing down in Nineteen Eighty-Four was Newspeak, the official language of the English Socialist Party (Ingsoc). Newspeak was a sort of Totalitarian Esperanto that sought gradually to diminish the range of what was thinkable by eliminating, contracting, and manufacturing words. New words had a “political implication” and “were intended to impose a desirable mental attitude upon the person using them.” The meaning of words was often reversed, as was most starkly emphasized in the key slogans of Ingsoc:

Nineteen Eighty-Four was written in 1949. Its nightmarish fictional world is now 36 years in the past, so one might reasonably conclude that Orwell was far too … Read the rest

What Made Trump Look Like A Bigger Jackass in November…

Every month since the start of the impeached one-term loser’s time in office, we’ve created a monthly pyramid—a “Bullshit Mountain” as it ‘twer—of people and things that confirmed historians’ predictions that he was destined to be the greatest president in history at being one of the worst presidents in history. This month’s list is the simplest one we’ve compiled, but also the most satisfying:

I don’t know what December’s list will look like, but I do know this: it won’t be nearly as much fun to … Read the rest

Former House Speaker Newt Gingrich is an authority on American history. When it comes to the 2020 election, he is convinced that fraud took place and that we as a country, haven’t seen anything like it in almost 100 years.

The more data comes out on vote anomalies that clearly are not legitimate the more it looks like 2020 may be the biggest Presidential theft since Adams and Clay robbed Andrew Jackson in 1824. State legislatures should demand recounts

Every Republican state legislator should read Patrick Basham’s analysis https://t.co/3mUFZtD1Y8 and demand an oversight committee to review their state’s vote. Basham makes clear the election was almost certainly stolen in 5 states. Every Americanm should be worried by the theft.

Gingrich has also written about this.

From the … Read the rest 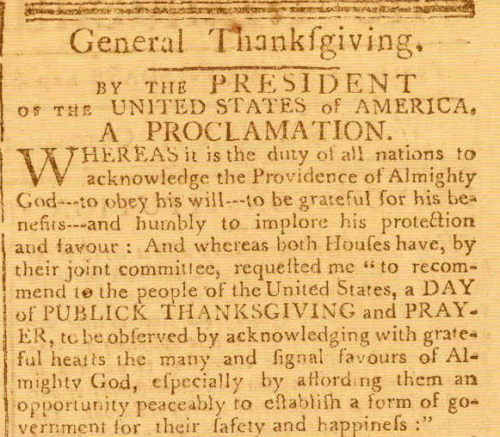 Thanksgiving is a peculiar holiday, at least in the modern world. Its roots are religious, and the American nation is, at least in law, secular. Its very name speaks of thanks, or gratitude, and gratitude is an ancient virtue. Indeed, Aristotle speaks highly of it. Even so, or perhaps for that reason, it is very American. In his Thanksgiving address in 1922, President Coolidge called it “perhaps the most characteristic of our national observances.” He was not wrong for, as Chesterton wrote, America is “a nation with the soul of a church,” and Abraham Lincoln called us an “almost chosen people.” 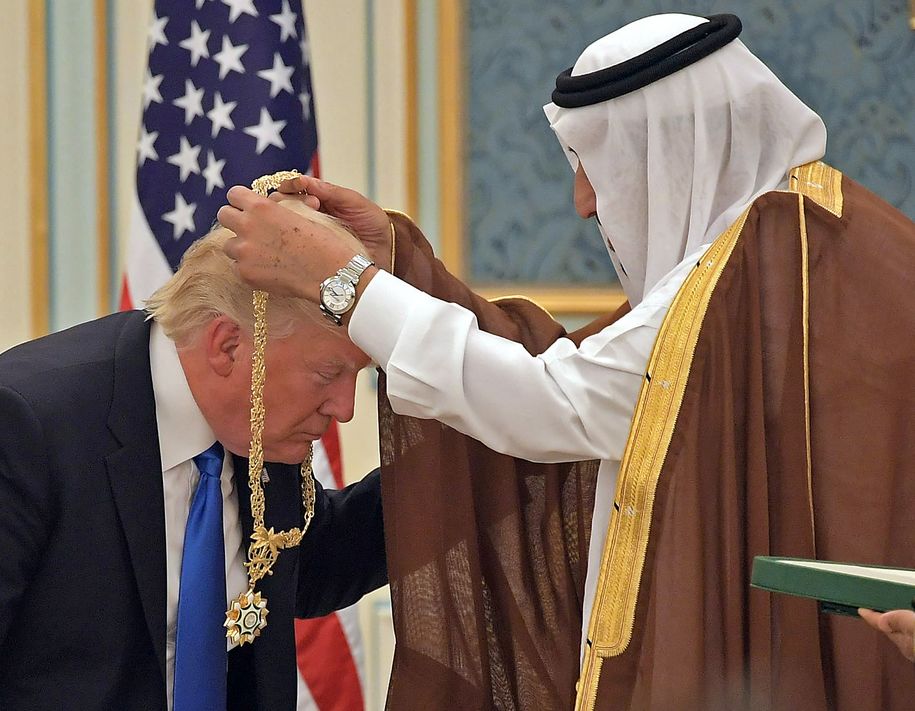 Al Jazeera points to the call by Senator Chris Murphy addressed to the incoming Biden administration urging a review of US ties with Saudi Arabia, given the kingdom’s miserable human rights record, including its mistreatment of feminist dissident Lujjain Hathloul, 31.

Ms. Hathloul was produced in court on Wednesday. She has been imprisoned for two years, during which she was allegedly tortured and subjected to sexual abuse. She spent a year under those conditions before even being first brought to an ordinary criminal court in March, 2019. Her sister Lina says that this Wednesday, she was weak and shaking uncontrollably, as she learned she would be remanded to the court

#StopTheSteal organizers and activists are calling for all patriots to head to Arizona for a series of rallies over the weekend and a public hearing with President Donald Trump’s campaign lawyers on Monday.

Arizona legislators and lawyers for President Trump will be holding a meeting at the Hyatt Regency Phoenix on Monday at 9 a.m.

The Arizona Secretary of State is expected to certify the results for Joe Biden on Monday, despite major anomalies and allegations of fraud throughout the state, but particularly in Maricopa County.

“After a review of the statistical anomalies, and there are to numbers to count [sic], affidavits of improper actions and community outrage that has grown out of what appears to voters to be an attempt to throw the election through a number of fraudulent efforts, … Read the rest 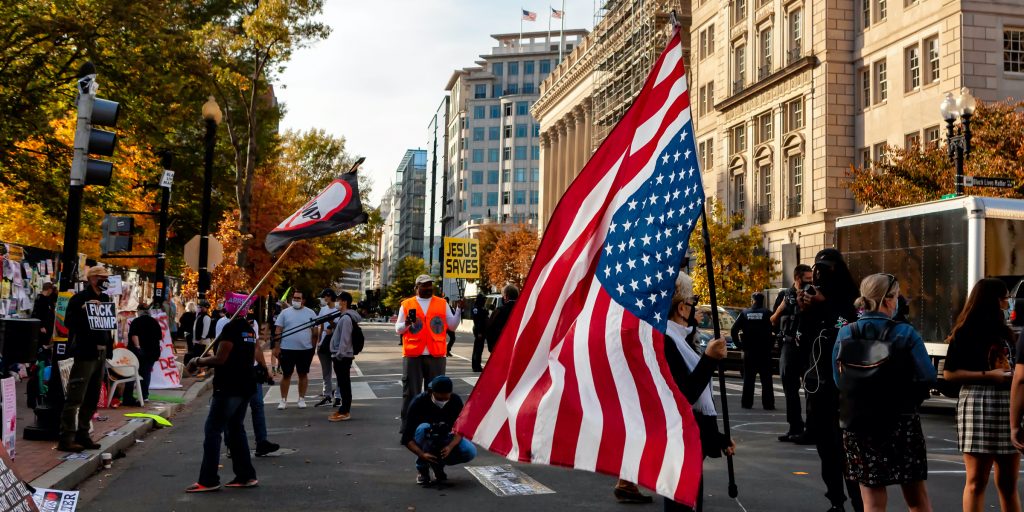 The rule of law and the American tradition of government depend on the surrounding civic culture, and that culture is one of capacious liberalism—liberalism in a philosophical, not a partisan sense. It includes a structure built on individual rights (as opposed to group interests), personal responsibility, and freedom of speech.

So, what are the social movements that threaten this culture today? They go by a variety of names. Wokeism and “the successor ideology” are two. At a high level of generality, their dogma goes like this: Some group has been systematically oppressed not only by the government but by society at large. And that oppression is the sole cause of their disparate plight. Antiracism is an example of the structure of this thinking. Its leading publicist and best-selling author, Ibram X. Kendi, has stated: “Racial discrimination is the sole cause of racial disparities in this country and in the world at … Read the rest 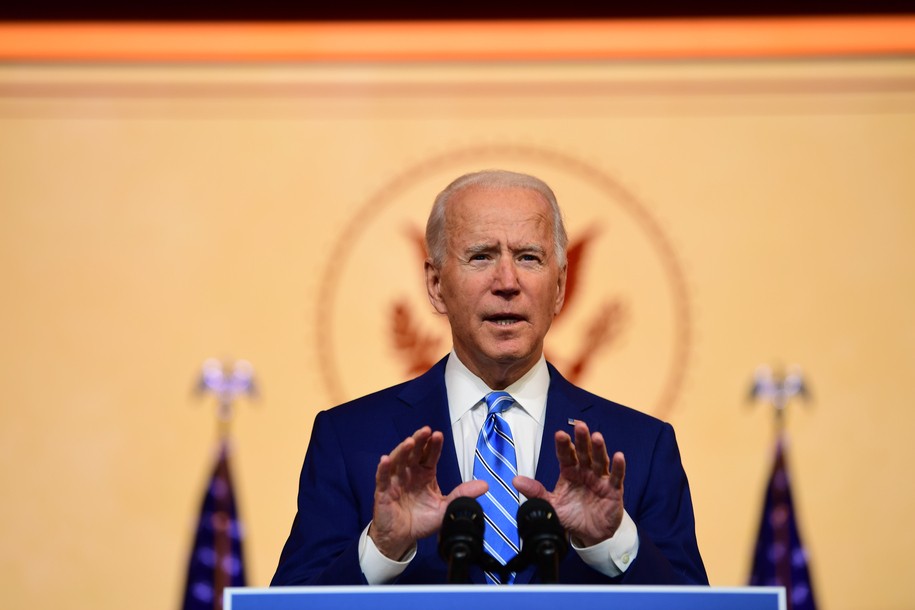 President-elect Joe Biden, a state-college graduate who was once the poorest man in the U.S. Senate, is facing accusations of elitism from Republicans after defeating a billionaire incumbent with an Ivy League degree — a sign of how the politics of populism have been upended and redefined by President Trump.

In other words, Republicans lie about absolutely everything. News at 11.

it’s not up to himhttps://t.co/MYEKa6pXeQ

The Damage Will Last

The precedents Trump has set, the doubts he has sown, and the claims he has made will linger.

The guardrails of our system actually worked,” the political analyst Amy Walter marveled on Monday evening, capturing how many reacted to the Trump administration initiating a formal transition of power to the Biden Governor Phil Scott of Vermont is now directing schools to interrogate students about what they did on Thanksgiving. He wants to know if they had a large family gathering.

Did you ever imagine that things like this would be taking place in the United States?

And Phil Scott is a Republican. What is he thinking?

Vermont Gov. Phil Scott is giving schools the green light to interrogate students about their Thanksgiving activities following the break.

According to Scott, students or parents who admit to violating the state’s holiday travel and gathering rules will be forced to participate in online school for two weeks, he announced via Twitter on Tuesday. The penalty will be reduced to one week if the students in question take a COVID-19 test.

The same quarantine method, Scott claimed, should apply to businesses