In Philadelphia, the firefighters and paramedics union has now endorsed his reelection.

It’s pretty simple to understand this. Working people know Trump has their back. Democrats have sided with the mob.

The Philadelphia Firefighters and Paramedics Union, or Local 22, announced on Sept. 29 that it is breaking with the International Association of Fire Fighters, an ally of Democratic nominee Joe Biden, and is endorsing Trump. The union said that the IAFF’s leadership has “lost touch with the will of the membership.” 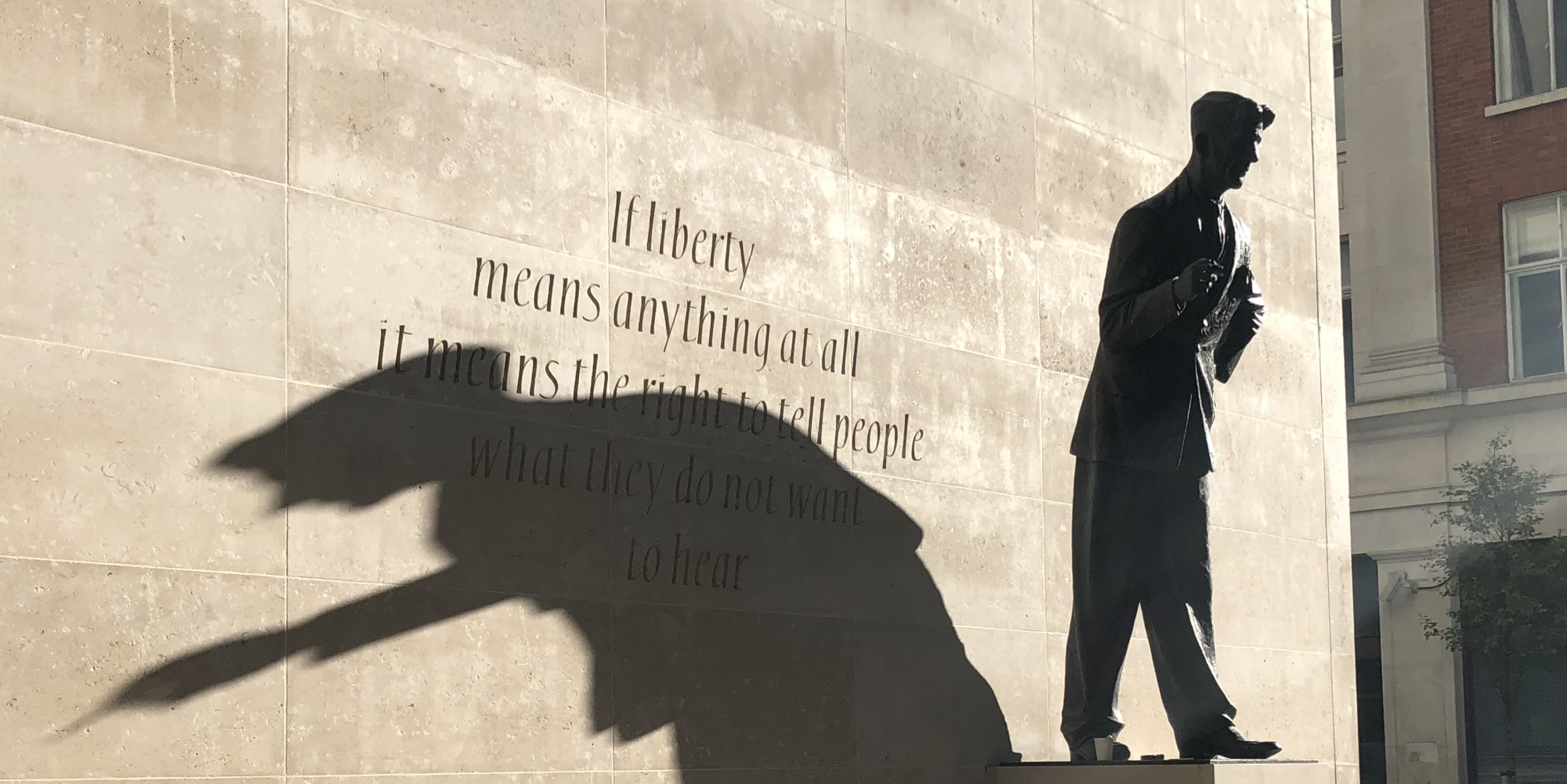 George Orwell’s appalling vision of the future in 1984 makes clear that totalitarian rule relies heavily on official censorship. Big Brother watches for deviations from Ingsoc ideology and for disloyalty to the Party. While at bottom, thoughtcrimes are political crimes in the novel, the exercise of political thought control inevitably entails the loss of other freedoms apart from political liberty.

Critics of dystopian literature have noted how such works are often less prophecy than they are commentary on deplorable contemporary tendencies. Along these lines, Orwell famously stated that the frightening world he created in 1984 would not “necessarily arrive” but that “totalitarian ideas have taken root in the minds of intellectuals everywhere, and I have tried to draw those ideas out to their logical consequences.”

To help eliminate alternative points of view and troublesome shades of meaning, the Party perpetually reshapes the language into Newspeak, removing words and phrases from the … Read the rest 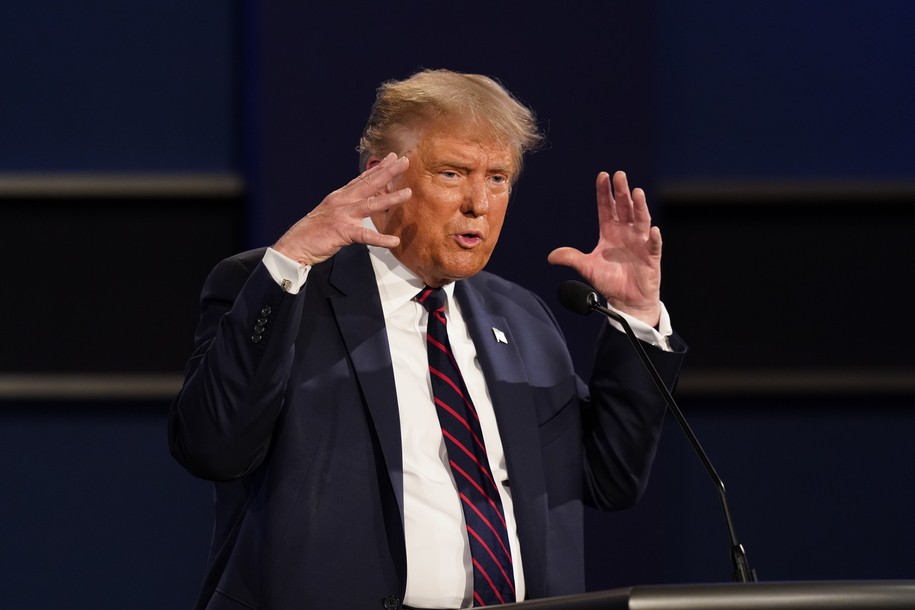 Urban centers are Democratic. Rural areas are Republican. The battleground? Suburbs, where two years ago, white college-educated suburban women turned on Republicans with a fury, giving Democrats 38 of their 41 House pickups.

And why did those women turn on Donald Trump, after voting for him in 2016? Yes, the environment and health care loom large. But in the end, it’s the fact that Trump is a bully, and his party is totally okay with it.

This about sums it up:

“The number one issue we find when we ask [women] what you want in a president is integrity,” says [Sarah] Chamberlain. She says for this reason many suburban women voters are rigid in their movement away from Trump. “I think suburban women are pretty much locked in right now,” says Chamberlain.

Who is Sarah Chamberlain? She is the president and CEO of Main Street Partnership, an organization that supports … Read the rest She is a Conservative, a Catholic, and she reveres the U.S. Constitution, but there is more to the story than that.

Tucker Carlson recently broke it all down on his show, explaining why the Democrats really despise her.

Tucker: Amy Coney Barrett ‘represents everything that made this a great country,’ so Dems ‘despise her’

Supreme Court nominee Judge Amy Coney Barrett is causing an uproar among Democrats and according to Tucker Carlson, her happy family is what’s driving them crazy.

“Democrats know Amy Coney Barrett’s life refutes the lies they have pushed on the rest of us for decades, [so] they must destroy her personally,” the “Tucker Carlson Tonight” host said Monday night. “Her happiness — her family’s happiness — is evidence that they are frauds.” 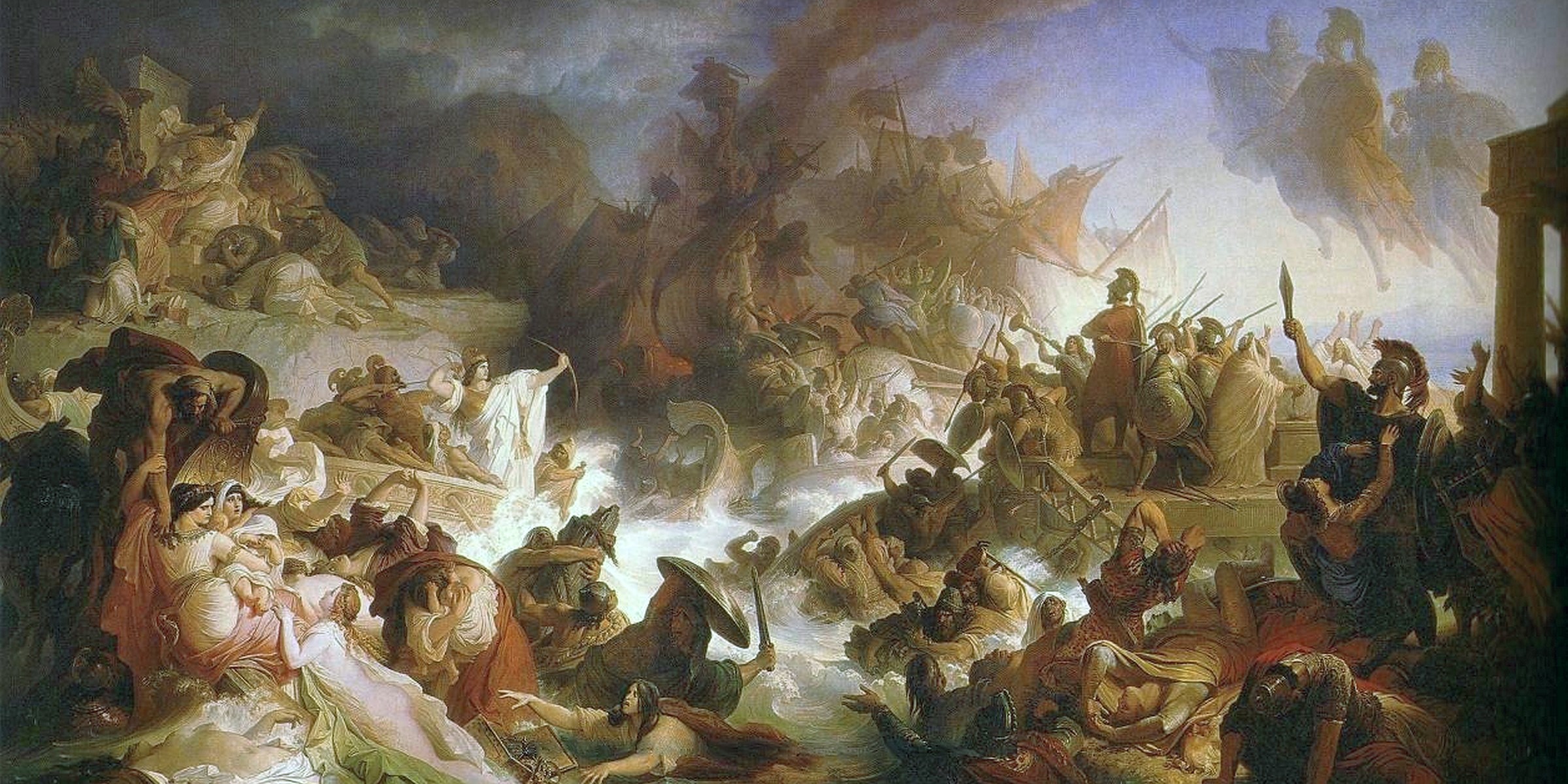 Twenty-five hundred years ago this month, a Greek naval armada, composed largely of Athenian ships led by the brilliant statesman Themistocles, won a decisive victory over the massive navy of the Persian king Xerxes in the straits of Salamis. This victory effectively ended a decade of Persian efforts to subjugate the autonomous cities of ancient Greece to barbarian rule.

Commemorating this event is not antiquarianism. By preserving the freedom of the Greeks, the victory at Salamis made possible a period of human flourishing in the arts, sciences, philosophy, and politics that the world has rarely seen, one that would prove foundational to Western civilization and whose rival for significance might only be found in the Italian Renaissance. In remembering it, we remind ourselves of what makes the West both so distinct and so fragile.

When I, as a professor of political science, teach my students about an event so critical … Read the rest 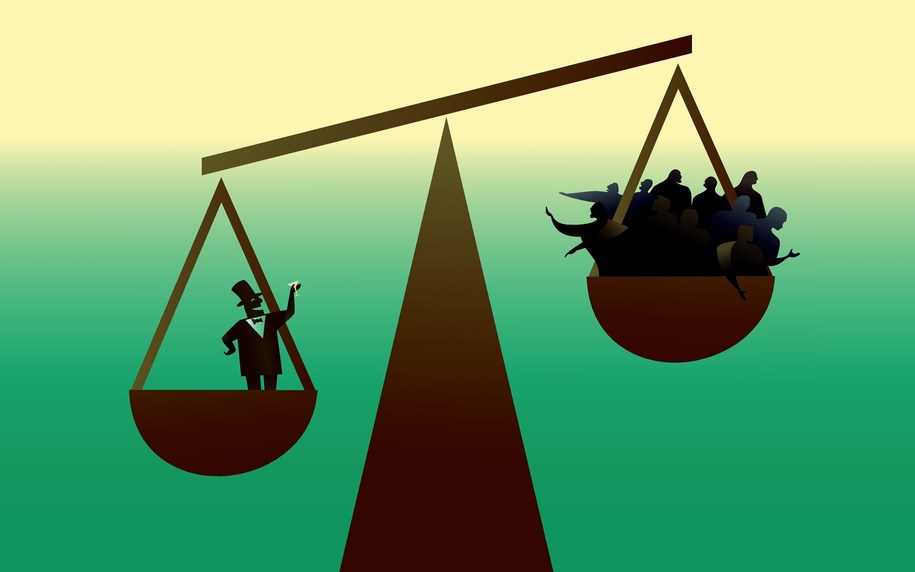 In an analysis of 2019 government data released Monday, policy analyst and blogger Matt Bruenig found that last year, millionaires and billionaires owned 79.2% of all household wealth in the United States despite constituting just under 12% of the population.

Bruenig examined triennial data from the Survey of Consumer Finances, which was released Monday by the U.S. Federal Reserve.

Fresh Survey of Consumer Finances data just released. Millionaires and billionaires continue to own 80 percent of all household wealth. pic.twitter.com/xkmeyoMPCV

While the share of wealth owned by households with net worths of $1 million or more decreased slightly between 2016 and 2019, it was still much higher The latest video exposé from Project Veritas reveals a ballot harvesting scheme involving political allies and associates of Rep. Ilhan Omar,” according to the organization.

In undercover footage released on Sunday, the investigative journalists at Project Veritas found that Omar’s campaign manager Ali Isse Gainey is a key player in the ballot harvesting scheme.

The footage shows a man named Liban Mohamed saying that he was collecting the ballots to help his brother win the city’s Aug. 11 special election for a vacant Ward 6 city council race—which was held the same day as the primary for Omar’s MN-05 congressional seat.

“Money is the king in everything”; harvester boasts harvesting HUNDREDS of 2020 absentee ballots ILLEGALLY! “Numbers do not lie…these here are all absentee ballots…my car is full…”#BallotHarvesting pic.twitter.com/cB2Bz31mSY 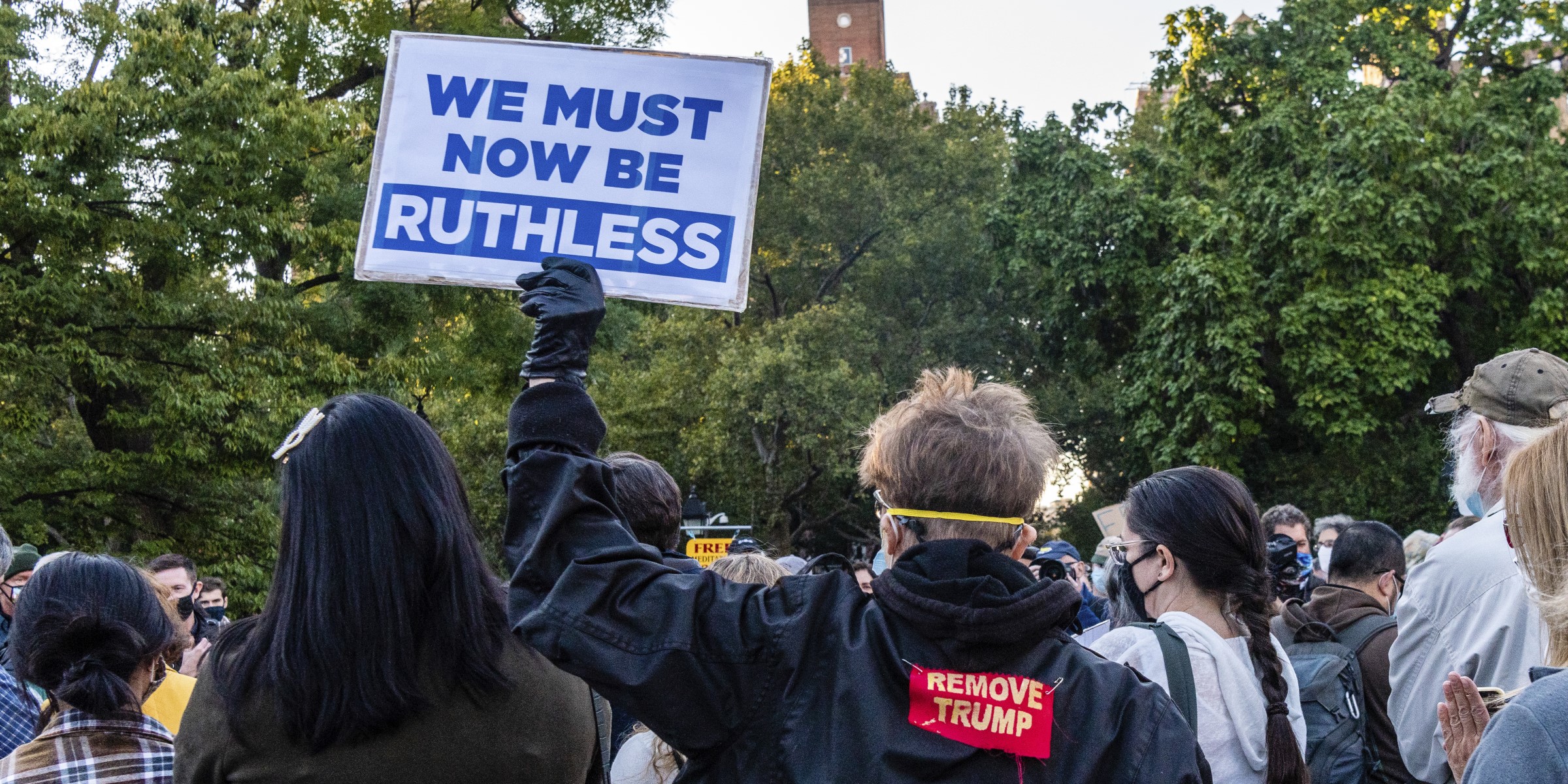 When Mitt Romney announced his openness to considering a Supreme Court nominee last Tuesday, he all but ensured that Republicans will be able to confirm a conservative replacement (now announced to be Amy Coney Barrett) for Ruth Bader Ginsburg, one of the Court’s most liberal justices. His statement, however, also did something that we aren’t accustomed to seeing in politicians’ press releases: intentionally or not, it hinted at profundity. In it, Romney declared that his decision was based not on a general concept of “fairness,” which so often lapses into subjective justifications for self-interest, but on “the immutable fairness of following the law” which, in the present instance, is “the constitution and precedent.” This is a worthwhile sentiment, and the circumstances surrounding the vacancy demonstrate just how out of fashion it is.

Politics is about power: about who should have it and how it should be used. … Read the rest

Now that The New York Times has 15 years of his taxes, it’s all that and even more—he’s also a tax cheat.

There is way too much to unpack, and it will take a while to dig through it all (not to mention the follow-up stories sure to follow). But for starters:

Donald J. Trump paid $750 in federal income taxes the year he won the presidency. In his first year in the White House, he paid another $750.

He had paid no income taxes at all in 10 of the previous 15 years — largely because he reported losing much more money than he made.

Pretty much all … Read the rest Trump’s appeal among black and Hispanic voters is strong and growing.

It’s one aspect of the 2020 election that confounds Democrats and people in the liberal media who have spent three years insisting that President Trump is a racist.

In fact, Trump speaks to and supports all Americans. It’s so simple but the Democrats just don’t get it.

In the end, minority voters may help Trump win reelection.

American Greatness reports on the surge in the polls:

Trump Surging With Hispanic and Black Voters In Critical States

Joe Biden has a problem. Actually, he has a few problems. Recent polling shows that Donald Trump is running much stronger with Hispanics and black voters than he did in 2016. Those are demographic groups that Biden needs to win big if he has any hope of winning the election. If Trump’s strength with these voters continues, it will doom Biden and lead